One hour of Instrumental guitar music of all styles, with occasional interviews. Hosted by Dj Fari

Dj Fari has been a radio host for 22 years. She started Djing back at KUSF in 2000, hosting a classical music show called The Classical Salon. Soon after that she was asked to co-host the guitar show on KUSF called Guitar Journeys, an hour-long guitar show that was airing every Monday night at 11 pm. Eventually, she started hosting a French show called Francofun. A French show highlighting the French and francophone community of the Bay area with a great emphasis on French songs.

Since 2011, Dj Fari has been hosting Guitar Journeys (now called Don’t Fret) and Francofun on KXSF. In addition she co-hosts Ad Lib, a classical music show, with Dj Panda and she produces and hosts Stories Uncovered, a half hour show, highlighting audio works of students or other audio projects.

Listen to Dj Fari on: 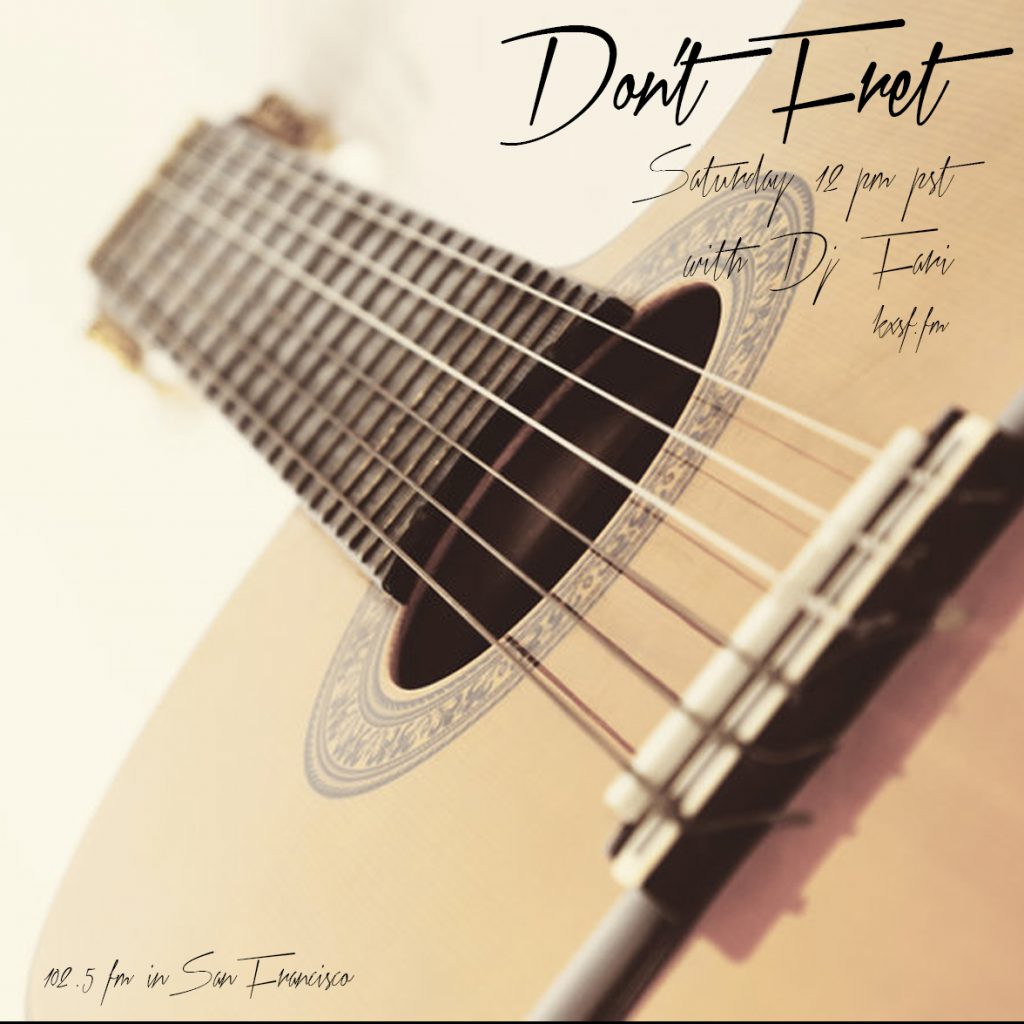