The Giants play their sixth and final game of the homestand today against the Cubs; Cueto and co. will be looking for the four-game sweep of Chicago.

Here’s the lineup going for the sweep today:

Longo on the IL:

IF Evan Longoria placed on the 10-day Injured List with a left shoulder sprain.

The Giants have made the Cubs drop the first three games by scores of 7-2, 8-5, and 4-3. This marks the Cubs’ longest losing skid since dropping three games May 9-12 vs. Pittsburgh and Cleveland. 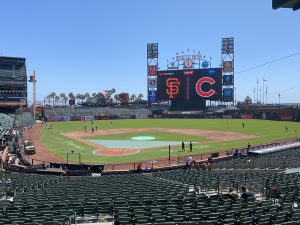 Chicago heads to San Diego for three games against the Padres tomorrow; the Giants are off before heading off for a six-game road trip (Rangers – 2 games, Nationals – 4 games)