A French show dedicated to French songs of all styles. Cultural news of the French community in the Bay area. Book reviews, interviews, and stories from the French speaking world.

Hosted in French by DJ Fari.

Dj Fari has been a radio host for 22 years. She started Djing back at KUSF in 2000, hosting a classical music show called The Classical Salon. Soon after that she was asked to co-host the guitar show on KUSF called Guitar Journeys, an hour-long guitar show that was airing every Monday night at 11 pm. Eventually, she started hosting a French show called Francofun. A French show highlighting the French and francophone community of the Bay area with a great emphasis on French songs.

Since 2011, Dj Fari has been hosting Guitar Journeys (now called Don’t Fret) and Francofun on KXSF. In addition she co-hosts Ad Lib, a classical music show, with Dj Panda and she produces and hosts Stories Uncovered, a half hour show, highlighting audio works of students or other audio projects.

Listen to Dj Fari on: 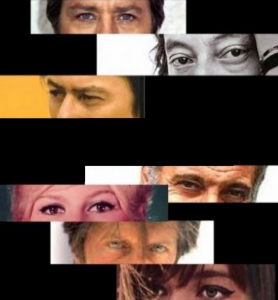